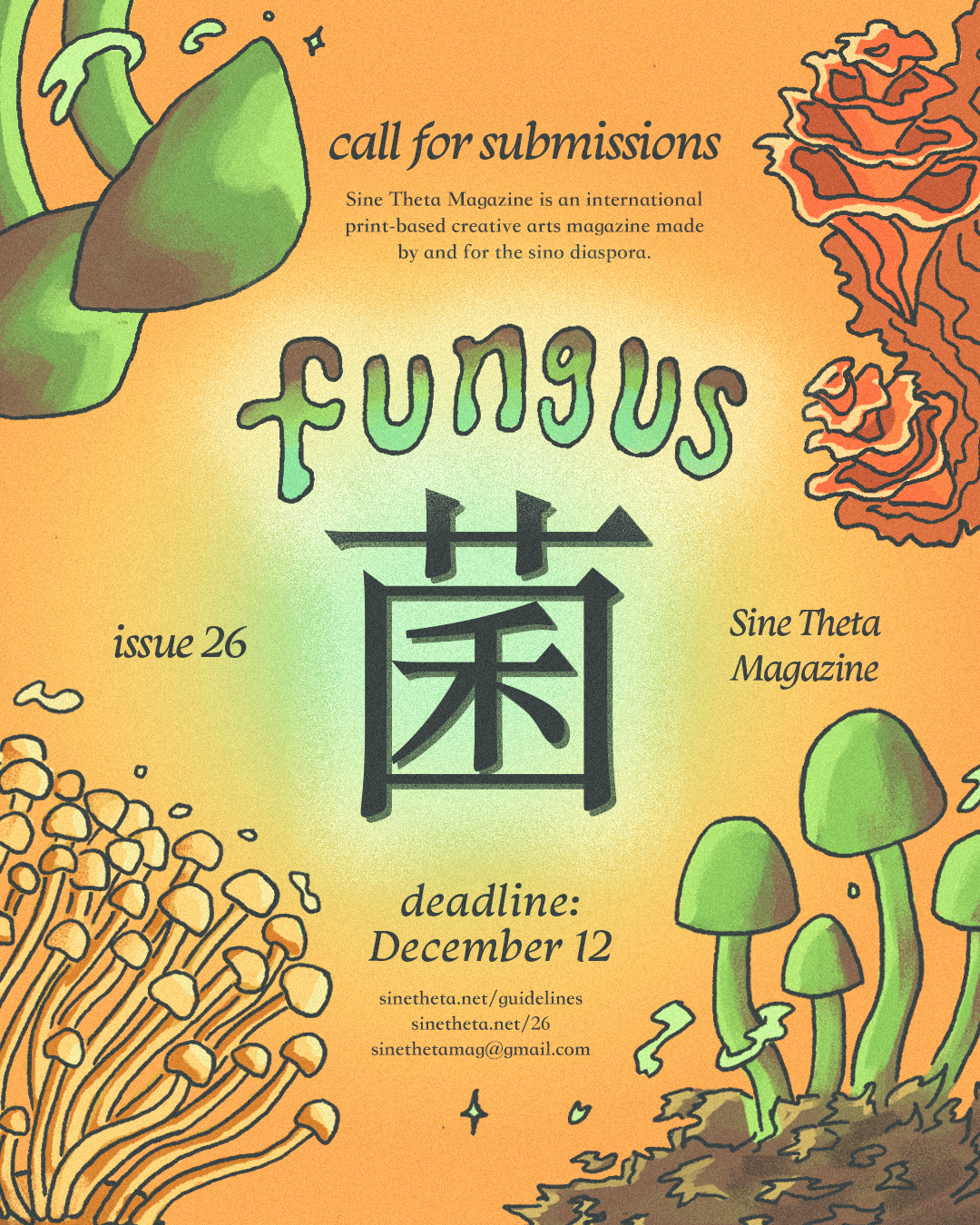 夏蟲朝菌。。。A fleeting existence; a momentary burst of life, from which death grows.

In The Mushroom at the End of the World, Anna Lowenhaupt Tsing writes:

“Fungi are famous for changing shape in relation to their encounters and environments. Many are “potentially immortal”, meaning they die from disease, or lack of resources, but not from old age… we rarely imagine life without such limits—and when we do we stray into magic.”

“FUNGUS 菌" asks for works in which life and death are ever-reciprocal, ever-intertwined. Pieces that take up space between the cracks, creating networks with no beginning and end, eating the surface it holds together. What does it mean to understand the world as infinitely changeable, the way a mushroom does? Might the fungus lead us to means of resistance and resilience, when there is so much operating against our survival? Show us the contours of these paths.

Submissions are due MONDAY, 12 DECEMBER, at 11:59 PM PST to sinethetamag@gmail.com for full consideration of your work(s). Visit sinetheta.net/submit for submissions guidelines. Feel free to DM or email us with any questions you may have; we welcome pitches sent ahead of the deadline!

Submittors may wish to consider the following prompts: